Sri Kalahasti Temple History
Sri Kalahasti is named after the staunch devotees of Lord Siva. They were Spider (Sri) , The Serpent ( Kala) and the Elephant ( Hasti). Appeased with their unflinching devotion, Lord Siva gave them a boon that their names be merged with the Vayu Linga and Called as Sri Kalahasteeswara.
Hasti used to clean Shiva Linga by carrying river water with it's trunk and placing Bilva Leaves on top of Shiva Linga.
The Spider ( Sri) protects deity from external damage by weaving his web to provide shelter for the Shiva Lingam.
The Snake (Kala) Used to place its precious gem on The Linga to adorn the Lord. In this way, they all worshiped The Vayu Linga seperately without knowing what the other was doing.
One day, the Spider had built a very big and thick web around the deity to protect it from dust and weather while Snake places its gem. The Elephant not knowing this and assuming that this form of Puja by Sri and Kala is a desecration by the Seeming miscreants, pours water on it and cleans it up. This causes war between the three. The Snake punishes the elephant by entering its trunk and in the process kills itself, while the elephant runs amok and hit its trunk and head against the Shiva Linga. During this Struggle, the spider is squashed against the Linga by the Elephant's trunk and the elephant dies due to the Snake's poison.
Lord Shiva then appeared and gave Moksha to all of three of them for their selfless devotion. The Spider takes rebirth as great king while Elephant and The Snake reaches heaven for satisfying all its karma.
The King continues his good work from his previous birth and builds a variety of temples that seeks to protect the underlying deity with tons of stones. It is interesting to note that all his temples, keep the deity beyond the access of an elephant.
In Sri Kalahasti Temple, access to the deity is through a narrow passage in the side of the building that prevents an Elephant from extending its trunk over the Lord from any Side.
This Temple is popularly known as Dakshina Kailasam. 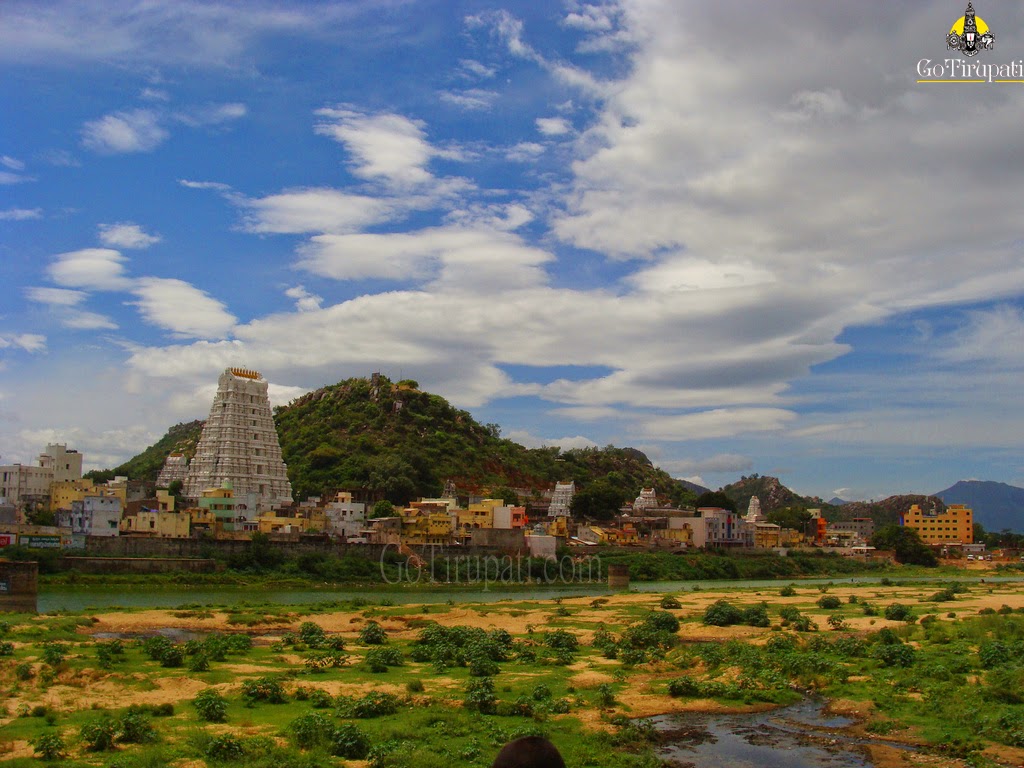