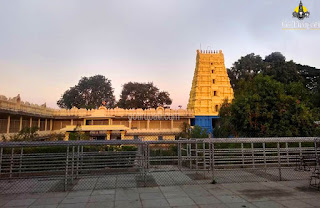 From the inscriptions, it is known that this temple was built in 1018 AD. This temple was demolished in 1422 - 1436 AD by the Muslim rulers. It was rebuilt in the 17th Century. Temple is located on the banks of River Godavari. Lord Yogananda Narasimha Swamy self-manifested in the form of Saligrama Sila. Rama installed Lord Siva Idol in this temple, hence the name Rama Lingeswara Swamy. This temple was built in 11th Century AD.
As per the Legend, Lord Vishnu took the form Narasimha (Human Body and Lion Face) and killed the Demon King Hiranya Kashyap. Lord Narasimha's anger didn't go down even after killing the demon. Lord Narasimha roaring in anger and roaming in the Hills and Forests. Devas, Prahalada and Saints prayed for Lord Narasimha to calm down. On their request, Lord Narasimha performed meditation here in this place in Yoga Mudra posture. Later, King Dharma Varma an ardent devotee of Lord Vishnu built the temple. This temple is called as Hari Hara Kshetram.
The Temple will be heavily crowded on Nrusimha Jayanthi, Mukkoti Ekadasi (Vaikunta Ekadasi) and Karthika Pournami days.

It dates back to Dwapara Yug, King Surya Ketu who used to rule Shivapuri was a devotee of Lord Vishnu. He used to worship Lord Badrinath regularly. He is getting old and not able to travel Badrinath to worship. He prayed to Lord Siva for his inability. Pleased Lord answered him that he will appear in his area itself. King requested to Vishwa Karma to sculpture an Idol. Bhima, Pandava's brother installed the Idol. Lord appeared in his dreams that Idol is not of his and cursed King and his generations to stay away.
At the end of Dwapara Yuga when Earth filled with water, Lord Krishna sent his Sudarshan Chakra and cut the Chobhar hill so that Kathmandu will not drown. The Idol went under the Earth. The place where Idol resides is called Khaalo.

How to reach Budhanilkantha Temple? 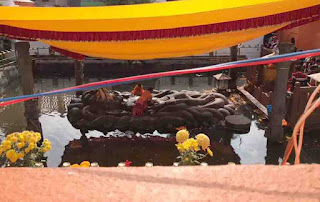 
How to reach Lakshmi Kubera Temple? 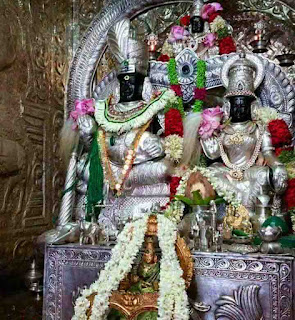 As per the Legend, Sage Vasishta did penance here on this Hills for Lord Venkateswara. Lord appeared before him and blessed him. To mark this moment, Sage Vasishta installed the Lord Ranganatha Swamy Idol and worshipped the deity. It is said that Lord Rama and Lakshmana in search of Sita Devi reached this place and offered prayers to the deity.
This temple was built by the King Vishnuvardhana and the architecture resembles Dravidian construction style.

How to reach Biligiri Ranganathaswamy temple? 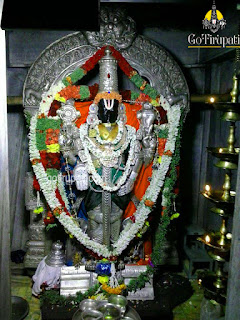 As per the Legend, Mukthaka Rishi thought of performing Yaga. The demons Janu and Sumandalas started troubling the Yaga. Weapons used by the Sage went vain as the demons got the boon from Brahma, that no weapon can kill them. Goddess Parvathi appeared before Sage and Killed the demons. Sage hailed Goddess as Nimishamba.


How to reach Nimishamba temple Mysore? 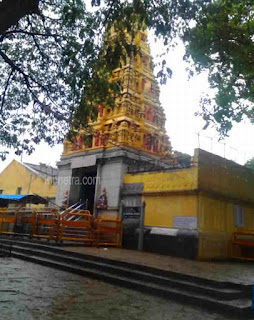 Shimla Chadwick Falls situated in the Glen forest of Shimla Himachal Pradesh. One can trek to this waterfall to admire its beauty. It is a 100-meter waterfall which is recommended to visit in the monsoons as the rainfall will be adequate which make the waterfall bit heavy and more beautiful. The waterfalls are just a bit far from the Summer hill. Shimla has great hidden treasures of beauties. Every step in Shimla is adorned with beauty. Apparently, Shimla is known for the lush green mountains and the waterfall flowing among the amidst of these valleys and forest is just breathtaking. This place is perfect for the day time picnic, that is the reason why this is among the best places of Shimla which is been bustling always with the locals and the tourists. The name of the fall is been derived from Chidku Jhaar, which means Chidia in Hindi (Sparrow) and Jhaar means waterfall. Hence it is called Chadwick Falls, as it is said that only sparrows can reach these falls among the valley of the Glen forest of Shimla.

By Air:
Jubbarhatti Airport is the nearest Airport which is 25 km away from 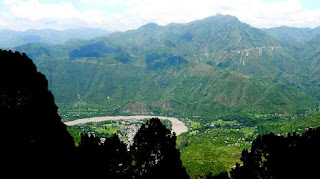 Tattapani Shimla Himachal Pradesh, Route info, opening dates
Tattapani situated 50 km away from the beautiful Shimla is popularly known for the hot spring coming out from the side of the Sutlej river. These hot water springs are known for their medicinal values because of the presence of Sulphur in the water. Also, the bath in the hot water spring in the monsoons makes a great combination. Also, many bathtubs are been arranged by the local shops for the sake of the tourists. This place is popular for adventures and also for some Hindu traditions the Sani dan means the donation. The offerings are offered to the Sani god on Saturdays. The donation is given to the Pandits or priests. Usually, materials like rice, dal, wheat, will be weighed accordingly and been donated to Pandya’s. Also, a local festival is been organized on the occasion of Makarsankranti.

F Hotel Hot Water Spring: Rs 350/- per head approx.
F Note: prices vary depending on the hotel type also based on the season the prices vary. 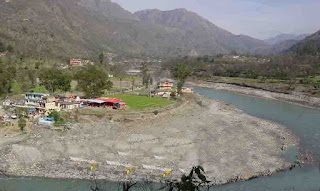