Skandapurana also refers the importance of the Goddess Yellamma (Grama Devatha) and Bhudevi. As per the Legends, Everyday, Renuka the wife of Sage Jamadagni used to bring water from river Tungabadhra in a new pot which she prepares from the clay of river Tungabadhra for the Pooja of her husband. This power of moulding clay and Sand into a pot was acquired by her due to the power of her great Pathi (Husband) Bhakti. One day, while she was busy with her daily work, she chanced to glance at a king and queen who were bathing in the river. This caused a little amount of mental disturbance in Renuka so she was not able to prepare the pot. She, therefore, returned Ashram with the empty hands.
Sage Jamadagni who was aware of the powers of his wife understood that she had deviated from her path and therefore ordered his sons to kill her at once. All of them kept quite, but Parasurama alone was dutiful and carried out the cruel order of his father. Sage Jamadagni was pleased with Parasurama's filial affection and asked him to select any boon. Parasurama immediately asked him to bring his mother back to live. Jamadagni replied him that her head could not be attached to her body as it fell on some impure place and he gave her a boon that the head would be worshipped by the name of Yellamma, and the body would also be equally renowned in the name of Bhudevi. 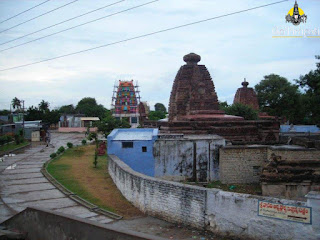