In the southern slope of the hill, the Lord is worshipped in his fierce form Ugra Narasimha. Near to this shrine is the shrine of Guha Narasimha, at the entrance of which is a huge pillar (Ugra Sthambha). It is believed that it is the Pillar which Hiranyakasyapa hit with mace asking his son whether Lord Vishnu was immanent in that pillar too was this same pillar, and that out of this pillar, Lord Vishnu finally emerged out in his ferocious form Ugra Narasimha and killed the demon.

Moving further will take us to Kroda Narasimha, where the Lord is worshipped in the form of a boar. It is said that if one does Narayana Satakshari Japa and Parayana of Varahakanda at this place will be blessed with immense spiritual consciousness.

Little further up the hill will lead us to Malola Narasimha. The deity here is Santaroopa, always in the sport with the divine mother Lakshmi. The Kakatiya King Prataparudra has donated the Utsava deity made of gold which is under worship by the Ahobilam Jeeyars.

Moving up the hill, there located a shrine for Jwala Narasimha, where the Ugrakala of the Lord is seen, and it is said that this is the actual spot where the fierce anger of the Lord reached its climax when he tore asunder Hiranyakasyapa 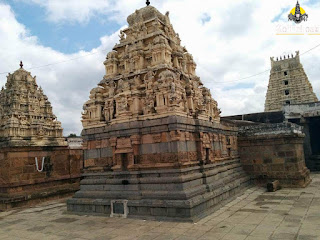 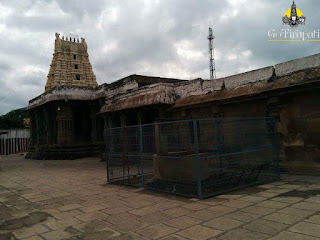