In the year 1961, Homi J Baba established Department of Atomic Energy (DAE) to perform space research. Later, DAE emerged as Indian National Committee for Space Research in the year 1962. On 21st Nov 1963, Space research center launched Two-Phase sounding rocket which was imported from five countries. Aryabhatta, Rohini Satellites were launched from Russia. In the year 1969, It is renamed as Indian Space research Organization and identified Srihari Kota for building Space research center as it is 13 degrees to the orbit. With the success from ASLV and PSLV, ISRO in the year 10 Aug 1979, established SLV-3 e1 for satellite launching.
Srihari rocket center was built on an island between Pulicat Lake and The Bay of Bengal. It stretches on an area of 44,000 Sq,km. Right now, Sriharikota is holding two launching pads and the third one is in progress. 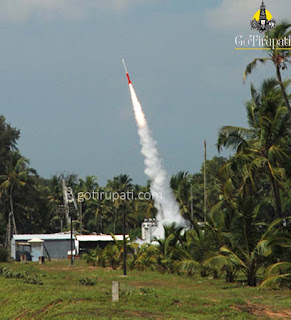